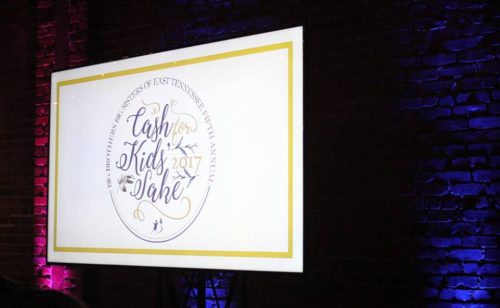 “We are very thankful for all of the great supporters—including sponsors and attendees—of our fifth annual Cash for Kids’ Sake,” said BBBS-ETN CEO Doug Kose. “It was a wonderful evening to celebrate our volunteers, our agency, and our mentoring programs which are making a significant impact on the East Tennessee community each and every day.”

Big Brothers Big Sisters of East Tennessee, with help from Chattanooga Big Brother of the Year Sergeant Sean O’Brien, also launched “Bigs in Blue” at Cash for Kids’ Sake. The program connects mentees, known as Littles, with public safety professionals who help with social skills, self confidence, and interactions with family and peers.

These relationships can help build stronger bonds between law enforcement and the families they serve, reducing crime and community violence.

“We are thrilled to launch the Bigs in Blue program and grateful for Sergeant O’Brien’s appearance at Cash for Kids’ Sake,” said Kara Finger, BBBS-ETN Vice President of Programs. “Bigs in Blue is proven to improve relationships between police departments and communities. We look forward to working with the Knoxville Police Department, the Maryville Police Department, and many other agencies throughout our service area.”