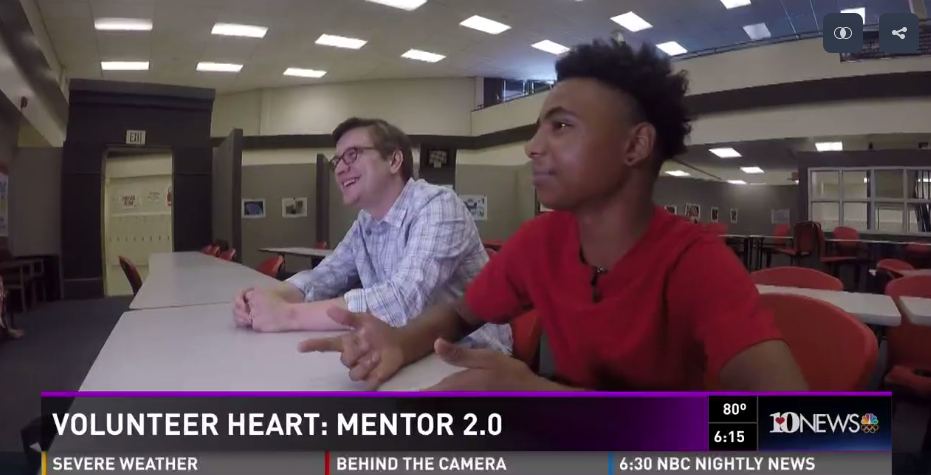 KNOXVILLE – The statistics show that mentoring can change a child’s life. Big Brothers Big Sisters uses one statistic to prove it: students who have a mentor are 90 percent more likely to enroll in college.

But they noticed their traditional matches started to drop off when students entered high school. That’s where Mentor 2.0 comes in.

In Knoxville, Big Brothers Big Sisters is launching the college readiness program at South Doyle High School in the coming school year with hopes of expanding to other high schools in the future.

The program will pair college-educated adults with high school students to guide them through their high school years.

“We’re focusing on making these students successful adults, focusing on the steps to get them there that’s not just academic preparation,” Whitney Baker, Big Brothers Big Sisters Mentor 2.0 coordinator, said.

The extra preparation will include weekly email communication between mentors and students, a weekly class taught by Big Brothers and Big Sisters during the school day, and monthly group dinner activities.

Baker said the classes and assignments will focus on soft social skills such as how to advocate for yourself, how to persevere when things get hard, simple goal setting and critical thinking.

Akilo Griggs will be a freshman at South Doyle High in the fall. He’s been paired with mentor Eric Swanson through Big Brothers Big Sisters for 3 years.

They are transitioning into the Mentor 2.0 program.

“It just so happens Akilo fits the grade of the high school Big Brothers has chosen. So they talked to me about the program,” Swanson said.

After some research, Swanson decided the program would make his life as a mentor easier.

“I’m pretty good at being a friend, pretty good at just trying to be an influence in his life, but I’m not sure I’m very good or qualified at having the tough conversations,“ Swanson, 30, explained. “I’m really excited about this program. I think it’s going to force us to have those conversations.”

Griggs said Swanson has already had a major impact on his life.

Bill Baldwin, the freshman principal at South Doyle High School, noticed in his four years at the school that many of the students came in with a lack of confidence that needed one-on-one attention. The school has 1,200 students.

“We have such a diverse population here that trying to meet all the needs with one cookie cutter mold or saying let’s just go have school, it just wasn’t cutting it for our kids,” Baldwin said. “This program fills those holes I believe.”

Baker said they are in “desperate” need of mentors. They have 75 students signed up for the program but only 15 mentors signed up.

“I’m really excited about this program I think it’s going to force us to have those conversations. It’s going to make it easier for us,” Swanson said.