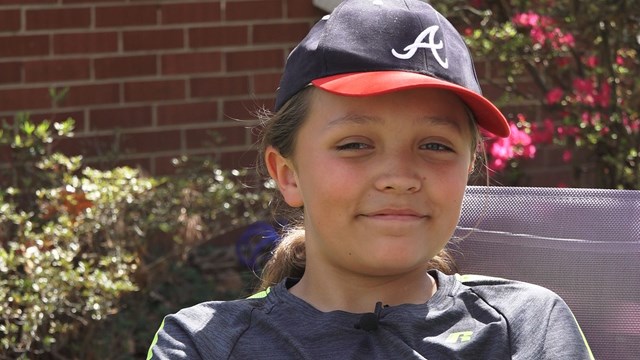 Next month Big Brothers Big Sisters of East Tennessee is taking on one it’s biggest challenges yet: recruiting 100 mentors in 100 days.

The non-profit matches children ages 6-14 with volunteer mentors who are asked to hang out with their “little” twice a month. Recruiting male volunteers has been a consistent challenge for the non-profit both here and across the country.

“We have so many boys on the waiting list. When you look at our waiting list, 65 percent are boys 35% are girls and they {boys} can wait up to a year or longer to get a big brother,” said Big Brothers Big Sisters of East Tennessee CEO Doug Kose.

Kose said he sees boys blaming themselves for not being able to get a big brother.

“At some point they say, ‘Why doesn’t anyone want to be my big brother? What’s wrong with me?’  That’s not the case at all. We don’t have enough men come through the funnel to be volunteers,” he explained.

Jesse Arcoren, 10, has been on the waiting list for the last nine months.

“The reason why I want a big brother is that I have no one to play with,” Arcoren, a fourth grader at Shannondale Elementary, said.

His mom found him a pair of golf clubs at a yard sale and he’s been teaching himself how to play in his yard. He also loves baseball, basketball, fishing, hiking, and climbing trees.

Jesse and his mom, Christina Shipley, moved here four years ago from the Rosebud Reservation in South Dakota. Christina tries her best to keep up with his growing love of the outdoors and adventure.

“Where I’ve gotten sick with my health problems, I’ve not gotten to do all the active stuff,” Shipley said, “The biggest missing chunk has been not having a male role model. That’s what I see. I think it really takes a village to raise a child.”

Jesse is adjusting now, but he had a difficult time at first. His mom said he was bullied for having long hair, a tradition in Native American culture.

“He was actually severely bullied because he was different being Native American. He actually has some auditory processing issues that made him a little bit different. Kids just didn’t understand,”
she said.

Jesse already realizes that he could learn from a big brother and he said while he might be shy at first, he would eventually open up.

“I would talk to him like my actual brother. He and me would have the same kind of traits. I would like it because he could teach me lots of things. What to do and not,” he said.

You can learn more about how to be a big brother or sister or nominate a child here.