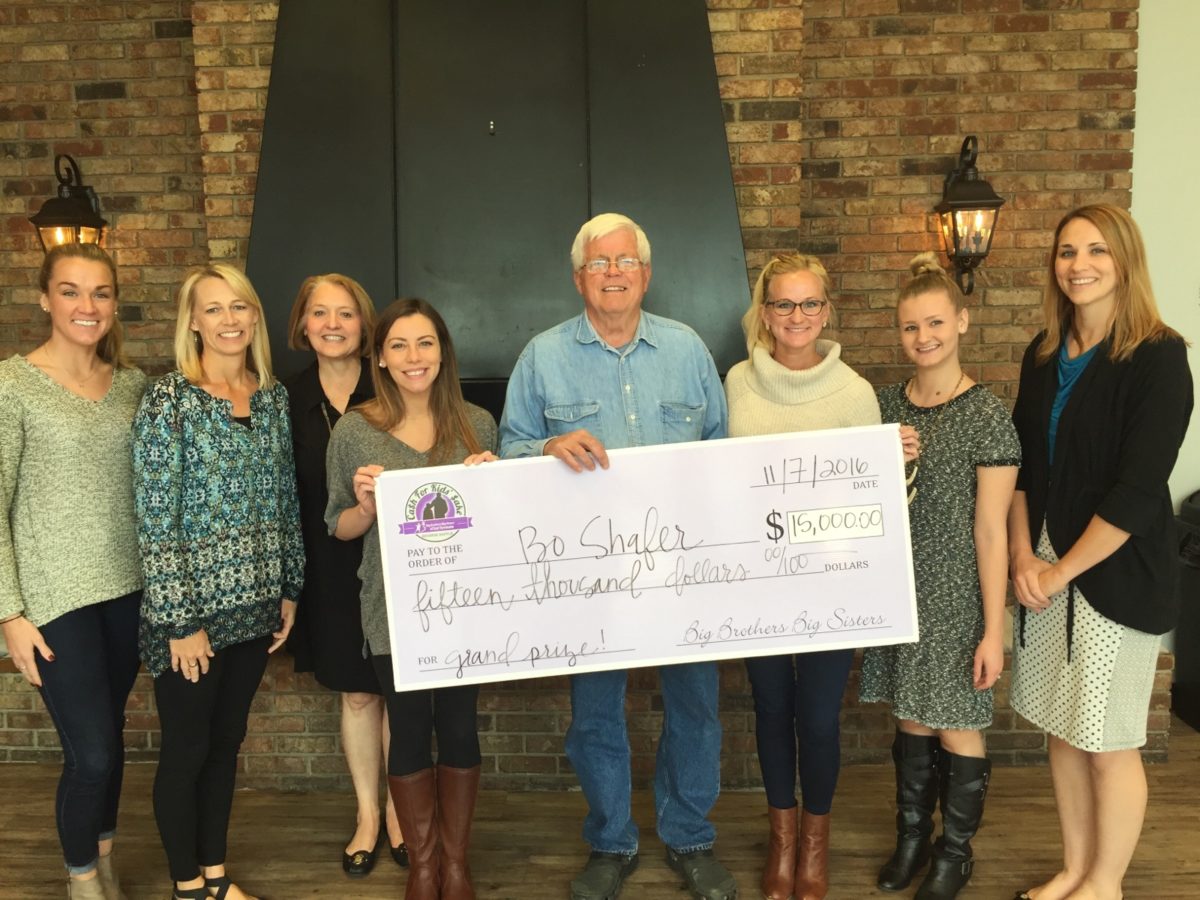 The event was a Reverse Raffle with a grand prize of $15,000. This year the last ticket in the drum belonged to grand prize winner, Bo Shafer. After being awarded his winnings, Mr. Shafer decided to generously donate all $15,000 back to the BBBS agency. Additional cash prize giveaways and a silent and live auction were held throughout the evening. The program included testimonials from two BBBS agency parents; Afeni Henderson and Zenobia Dobson. Both parents spoke on the importance of mentoring and the impact their children’s Big Brothers made in their lives.

There were over 200 people in attendance to support raising funds to help children who face adversity by pairing them with positive role models through BBBS programs.