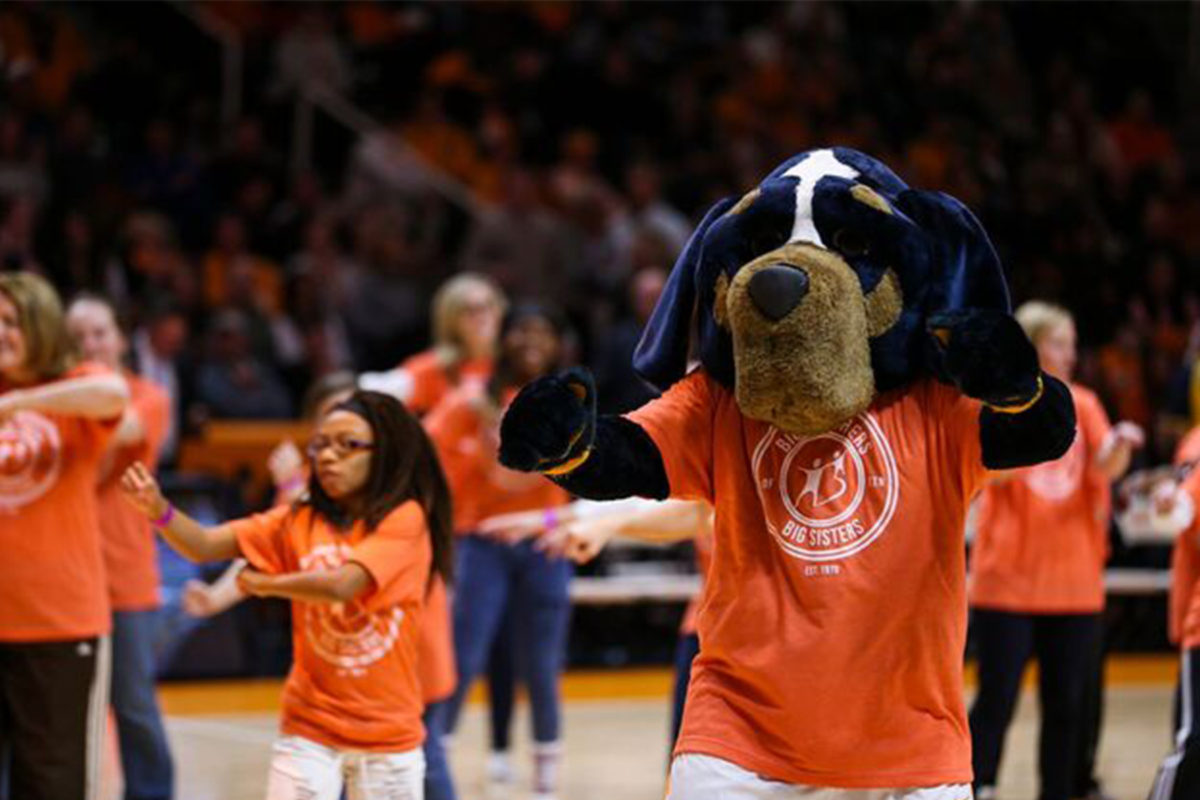 Knoxville, Tenn.- The attendants in Thompson Bowling Arena last Tuesday were anticipating a clash between two incredible coaches as Tennessee’s Rick Barnes and the Volunteers battled on the court against the Auburn’s Bruce Pearl and the Tigers. However, a third coach decided to throw some unexpected entertainment into the mix.
Dave Serrano, Head Coach of the UT Baseball team, partnered with Big Brothers Big Sisters of East Tennessee (BBBS) to throw a surprise flash mob during the halftime introduction of the 2016 Baseball team. “Our baseball team was honored to be part of the Flash Mob with Big Brothers Big Sisters of East Tennessee during the basketball game. I’m a proud member of their organization and anytime I can include my team to raise awareness for this organization I will. I hope this allows more people to “step up to the plate” for these wonderful kids.” said Coach Dave Serrano. Dave Serrano supports BBBS each year by hosting the Dave Serrano Golf Classic to benefit the agency. The golf classic is set to take place this Fall.

The flash mob group shook up the arena with dance moves from the UT Baseball team, UT Cheer and Dance Team, Smokey, Missy Kane, Michael Spencer with WATE, WBIR Anchor and Big Sister Mary Scott, WVLT Anchors, Amanda Hara and Ted Hall, Tyrone from the Mark and Kim Show on Star 102.1, and the matches and staff of BBBS.