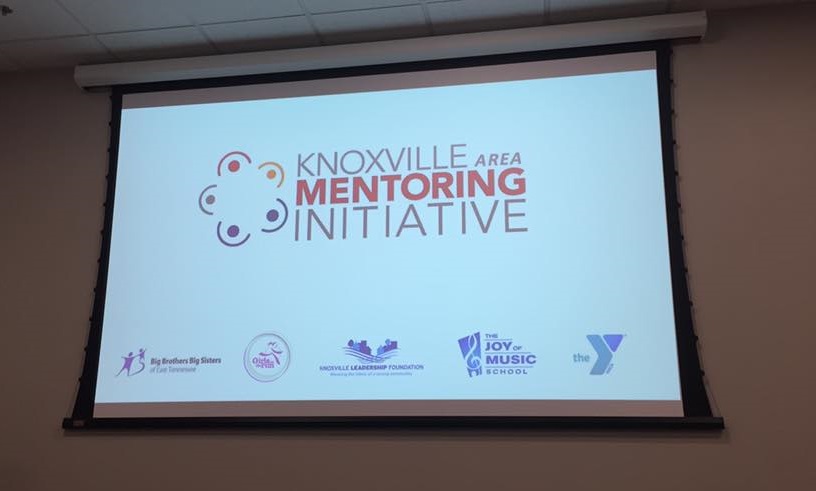 Five Knoxville nonprofits are teaming up to promote mentoring, seeking to attract more volunteers and serve an additional 1,250 youth over the next year.

The program launched Friday under the umbrella name Knoxville Area Mentoring Initiative. Advocates for the program told their stories and urged public participation during a kickoff event at the Regas Building on Gay Street.

“I think everybody in this room probably had a mentor, or somebody who helped you,” Bob Kesling, lead announcer on the Vol Radio Network, said to the crowd of several dozen. Kesling became a Big Brother seven years ago, unsure initially if he had the time. He’s still in touch with the same young man, who is now in college, Kesling said.

“I will tell you, I have gotten much more out of it than he has,” he said. “It’s one of the most rewarding things I’ve done in my life.”

Other speakers told of their involvement in mentoring programs or how a mentor had affected their own lives. Kristin Farley, WATE-TV anchor; Hallerin Hill, WOKY-FM host; Emily Ann Roberts, “The Voice” finalist; and Dave Serrano, University of Tennessee baseball coach, all urged people to join in.

“What does it take to be a mentor? Maybe an hour a week,” Kesling said.

For information on becoming a mentor, go to knoxmentoring.org.